Enjoy Northeast Wisconsin with family and friends this summer!

From the drumbeats to the sparkly floats to the tiny Pomeranian driving a truck, it’s hard to find something not to like about a good summer parade. Whether it is to honor veterans or to celebrate cheese, Northeast Wisconsin boasts a number of summer parades that are sure to delight your whole family.

Memorial Day Parade – Oshkosh: Monday, May 27 at 9 am
Procession down Algoma Boulevard to the cemetery. Services will be held at the cemetery.

Memorial Day Parade & Car Show – Omro: Monday, May 27 at 9 am
Travels down Main St. Followed by a ceremony at the Omro Veterans Memorial in Scott Park, hosted by American Legion Post 234.

Memorial Day Parade – Downtown Appleton: Monday, May 27 at 9 am

Memorial Day Parade – Downtown Menasha: Monday, May 27
Starts at Milwaukee Street in Menasha and ends at Doty and Main Streets in Neenah.

Memorial Day Parade – Downtown Chilton: Monday, May 27 at 9 am

Memorial Day Parade – Seymour: Monday, May 27 at 10:00 am
Parade 10 am by the Post Office on Central Avenue

Memorial Day Parade/Celebrate De Pere – De Pere: Monday, May 27 at 10 am
Starts at West De Pere high school and moves over the bridge, ending at Broadway and Cass Street.

July 4th Parade – Downtown Hilbert: Thursday, July 4 at 11 am
Over 100 unit parade down Main Street starting at 11am. Food and drink are available at Civic Park beginning at 10am and then after the parade. 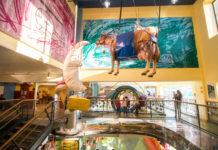 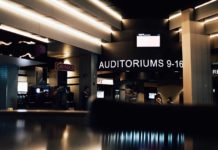 Where to catch the newest movie! Movie Theaters in Northeast Wisconsin 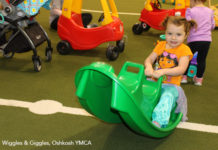 Open
Yes, thank you! Love seeing all the kindness. @gra

Yes, thank you! Love seeing all the kindness. @grahamimages is partnering up with @simplesimonbakery to bring cookies to @ascension_org. Let us know if you’d like more information! Have you seen any other local organizations showing gratitude and collaborating with local businesses? ...

Open
Happy Saturday! Thanks for sharing this beautiful

Open
We love seeing you all sheltering at home. @claudi

We love seeing you all sheltering at home. @claudiabureauphotography you captured this beautifully! What have you been up to? We want to share your creative ideas! #govalleykids ...

Open
Have you see any encouraging words on your walk in

Have you see any encouraging words on your walk in chalk? Love this picture from @ctbieri. We would love to see what you create or find! Tag us in your photos. And let’s hope for some warmer weather this coming week! 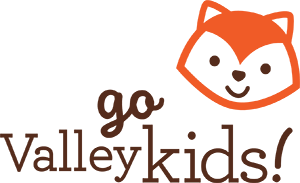 Where to Play Outside with Kids during Safer At Home